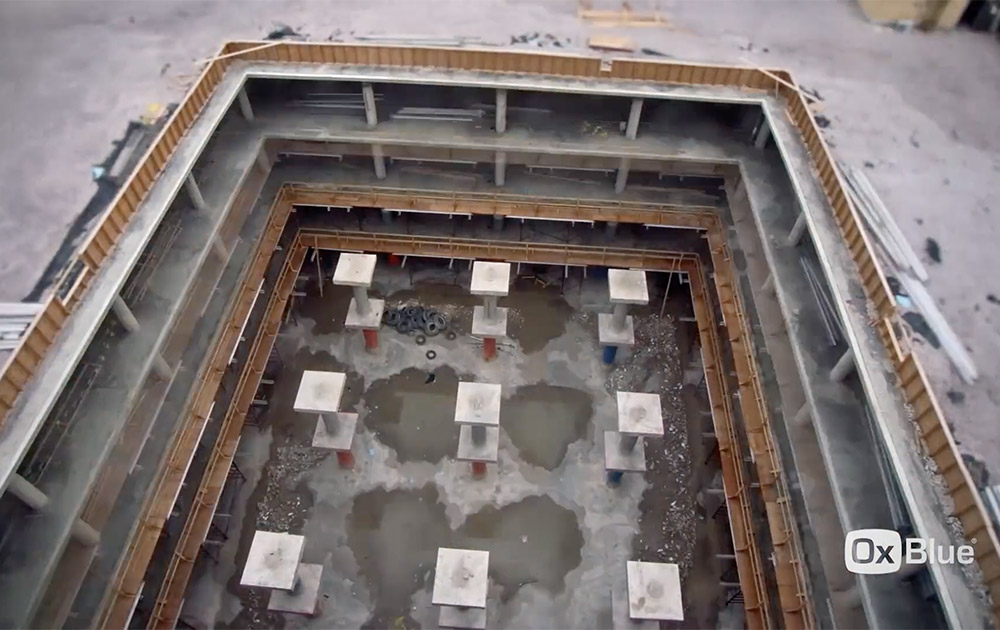 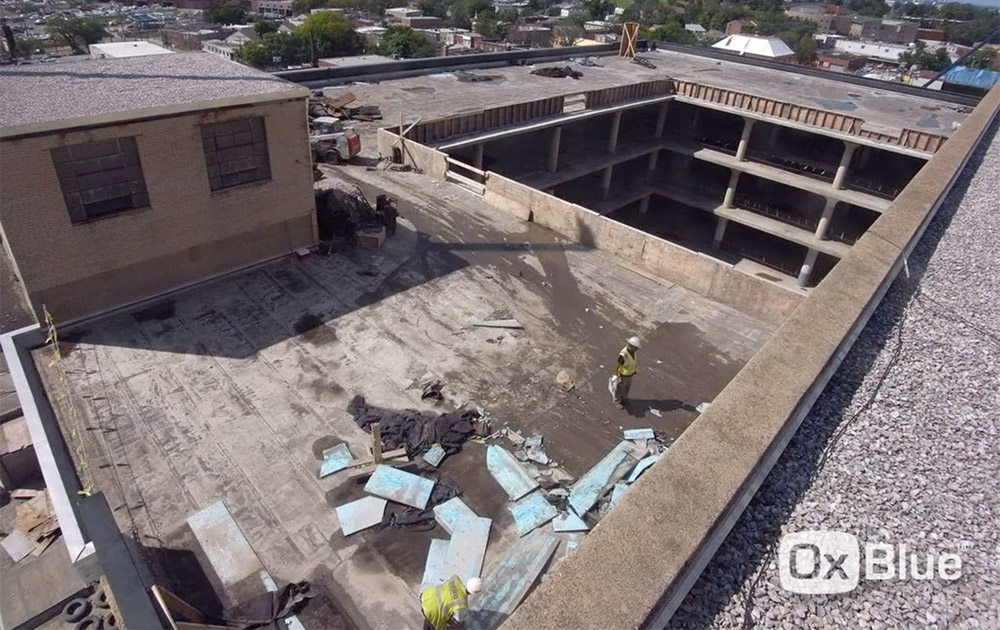 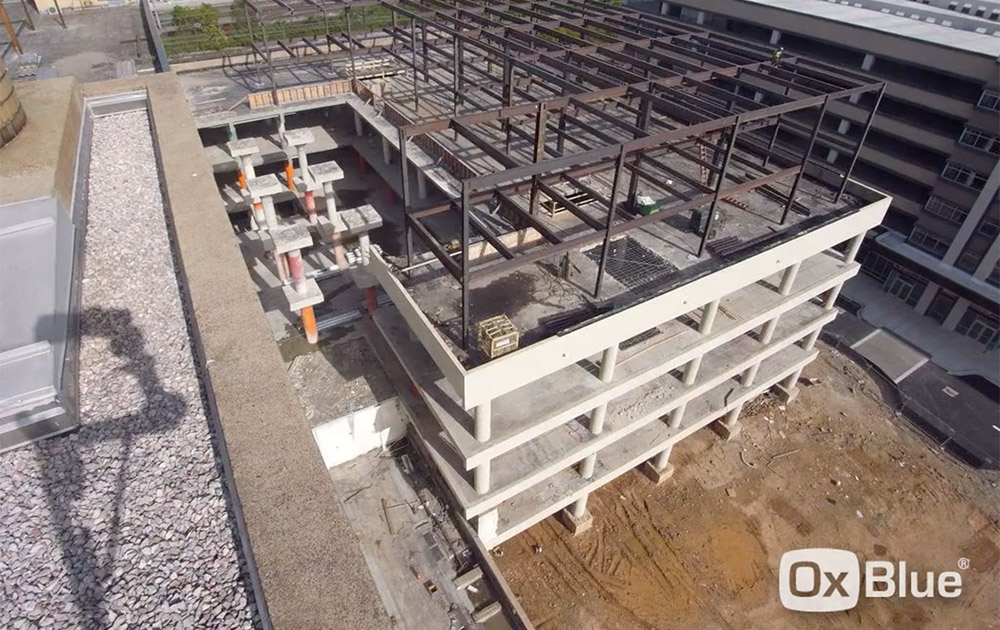 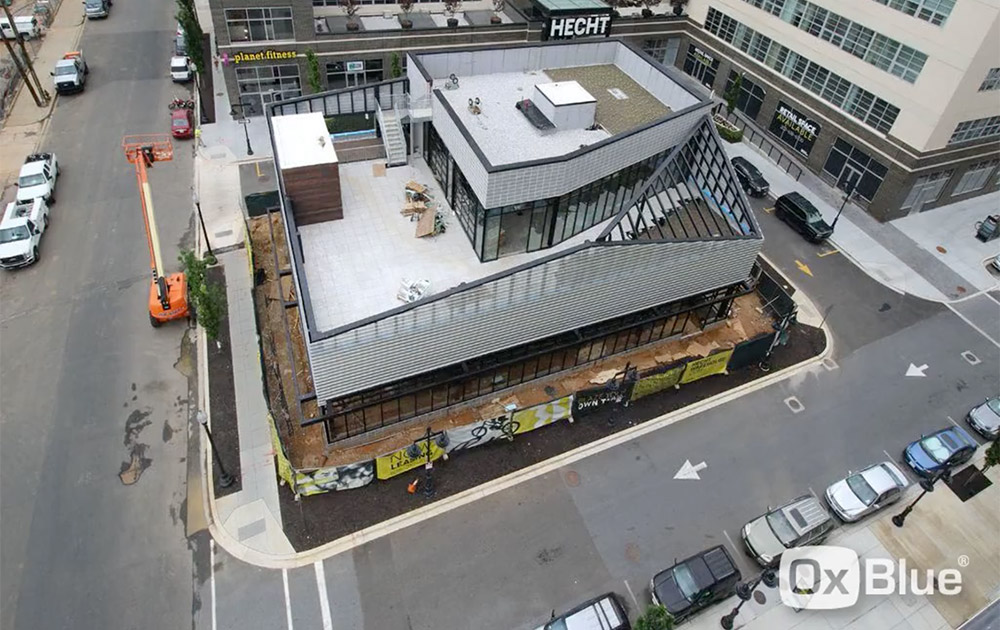 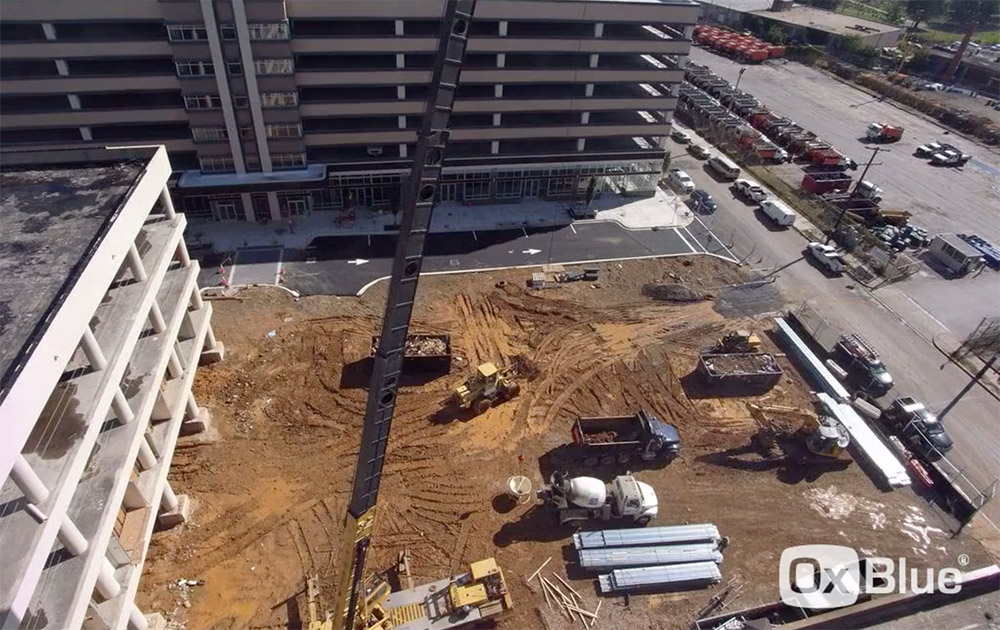 McCullough expanded this historic warehouse, originally built in 1937, to include 330 apartment units, while the remaining 220,000 SF will be retail use.  The exterior elements of the original warehouse have been preserved, including the 12-pointed prismatic tower, while some additional modern touches were also added to the building.

Among these additions, two new courtyards were carved out of the original reinforced concrete frame, bringing natural light to the inner apartments.  McCullough also built a new rooftop penthouse addition, which is clad in a contemporary mix of metal panels and vertical glass panes, but still carries similar horizontal architectural characteristics to the existing façade.

This project was completed in December 2015.

“What makes McCullough Construction special is that they hold themselves to very high standards in everything that they undertake. They pay very close attention to detail during all phases of a project — and this includes pre-construction planning and post-construction punch-out. Aside from the actual physical construction, the individuals there have the highest level of honesty and integrity. We look forward to working with McCullough on many projects in the future.”

“McCullough Construction, LLC has performed several major renovations for our firm over the past eight years. The majority of these projects included a complete replacement of building mechanical and electrical systems. Their work has been superior, completed within the project schedule and within budget. We would not hesitate to have McCullough Construction work on any future projects and would highly recommend them.”

“McCullough played a key role in transforming a vacant lot into a distinctive Class A Office and Retail project in the heart of historic Annapolis, MD. They successfully addressed the many challenges of the project site and thrived in the urban environment. The City of Annapolis Mayor’s office called several times during the project’s construction to applaud McCullough efforts in minimizing any interference with the public and adjacent businesses. Tom McCullough’s personal involvement from pre-construction through closeout added confidence to the entire project team.”

McCullough Residential, L.L.C., located in Washington, D.C. is a developer and builder of luxury single family homes in the D.C. area.

This site uses cookies. By continuing to browse the site, you are agreeing to our use of cookies.

We may request cookies to be set on your device. We use cookies to let us know when you visit our websites, how you interact with us, to enrich your user experience, and to customize your relationship with our website.

Click on the different category headings to find out more. You can also change some of your preferences. Note that blocking some types of cookies may impact your experience on our websites and the services we are able to offer.

These cookies are strictly necessary to provide you with services available through our website and to use some of its features.

Because these cookies are strictly necessary to deliver the website, you cannot refuse them without impacting how our site functions. You can block or delete them by changing your browser settings and force blocking all cookies on this website.

These cookies collect information that is used either in aggregate form to help us understand how our website is being used or how effective our marketing campaigns are, or to help us customize our website and application for you in order to enhance your experience.

If you do not want that we track your visist to our site you can disable tracking in your browser here:

We also use different external services like Google Webfonts, Google Maps and external Video providers. Since these providers may collect personal data like your IP address we allow you to block them here. Please be aware that this might heavily reduce the functionality and appearance of our site. Changes will take effect once you reload the page.